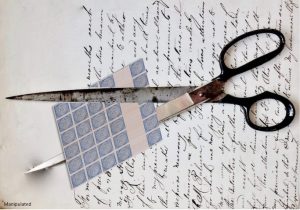 A steady hand, without the pressure of time and irritated customers waiting on you, made for straight precision cutouts of the oldest unperforated stamps with large margins. And we value this highly. But not all were perfect squares with that wide white frame around the stamp. Still eyecatching?

The first Norwegian stamp was without perforations, and had to be cut out of the sheet before being applied to letters. This has given us many oddly cut stamps, some with the neighbour stamp visible, some roughly cut making the stamp miss parts of its print.

Such stamps with almost no margin or with cuts into the print itself are considered to be less valuable and less able to catch the eye in a collection. But this is not necessary correct. Let me show you some examples. 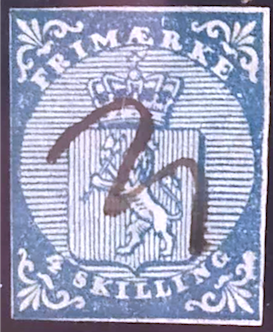 This stamp is handcancelled, making it most likely come from a smaller postal office where time and precision may have been more readily available compared to the situation of a busy postal worker in a larger town. The postal worker has carefully cut the stamp out of the sheet as close to the print possible, without cutting into it. You can almost listen to the thoughts …

“Got to cut away that white paper. Thats not a part of the stamp. Still, have to be precise here so its nice and unblemished. Four skilling matters to that farmer.”

We find other examples of fanciful use of scissors, shaping the stamps into something that reflects the ideas and references of the people in 1850s. Some of these examples are quite interesting since they give us a taste of how they thought, what were important to them, and may give us a better understanding of the time and place they lived in. 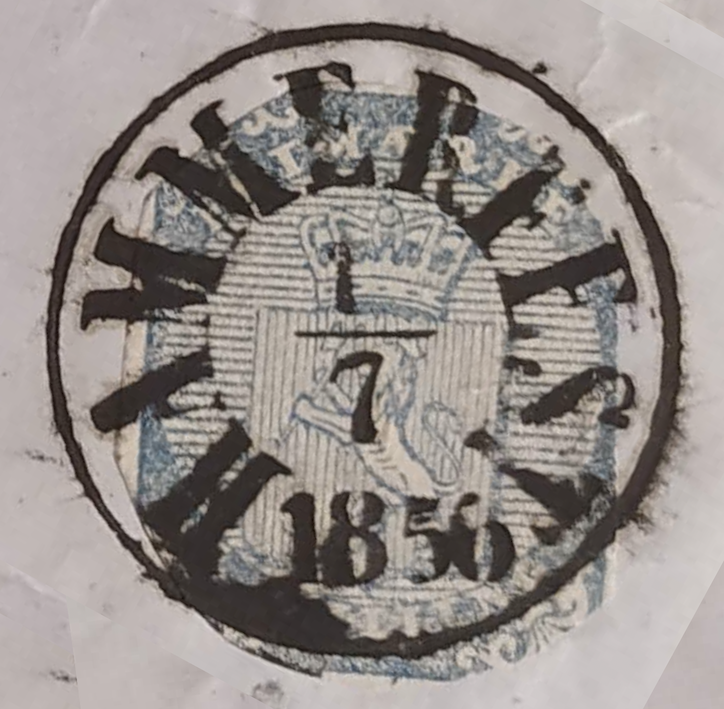 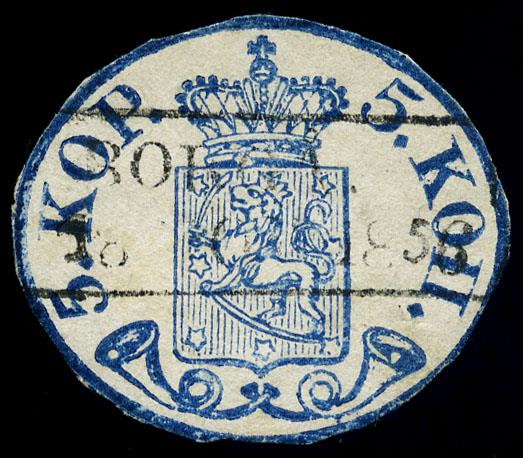 A large part of western Finnmark trade went via Hammerfest, with  Pomor trade being most important. Records also show that one sixth of the town’s residents were Kvens of Finnish origin. This may be the reason behind the circular cut shape. They thought the stamp ought to be like the Finnish ones.

We find that other places close to Hammerfest also cut their stamps to emulate a circular shape. This stamp is from Alten (11), now Alta, one of the larger towns of northern Norway.

In 1826, the English company Alten Copper Mines started mining in Kåfjord, and many miners came to Kåfjord from Finland and Sweden. This mine was an important part of the economy of Alten. 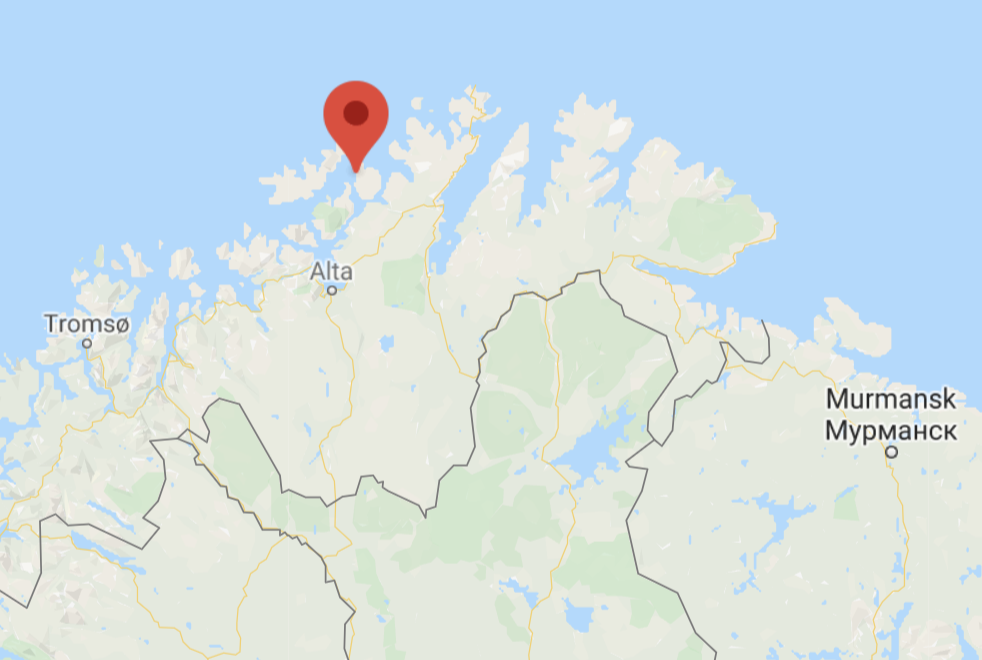 Again we have a direct connection to Finland, that may explain the wish to use the scissors to cut the corners.

Most likely there are other fun examples of how to use scissors. Maybe this last example is worthwhile to study.

On the letter below, the stamps are cut out of the sheet with a scissor. We have to assume that the sender reacted strongly to the skewed perforation, and believed that cutting the stamps was necessary to give them a nice aesthetic expression with a white frame around them.

To conclude; the human need for correct and pleasing aesthetics prevails, in the 1850s and now. Also for us who collects stamps. But do take a second look at those stamps normally considered as ruined by scissors. Maybe there is a story behind, worth telling. 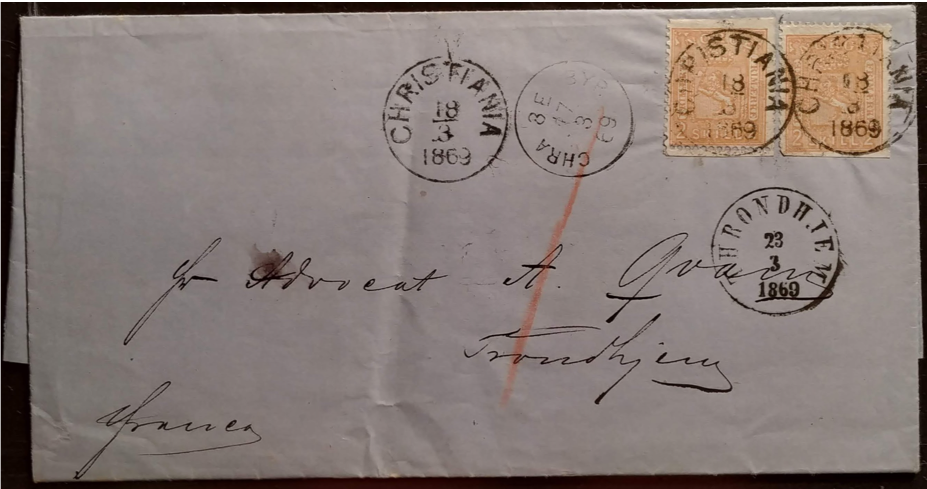 You enjoy jigsaw puzzles? Why not use your old stamps

Perforation of stamps in the 1860s